Get 5% off your first app booking

Booking’s better on the app. Use promo code “BetterOnApp” for 5% off! Originating from the Sanskrit word for “Yuji,” meaning union or merging, Yoga is an ancient practice that unites both mind, body and sometimes soul. Utilising breathing exercises, meditation and flexible poses designed to encourage relaxation, manage stress and cultivate a sense of peace.

It’s widely practiced for its hugely beneficial mental and physical effects, though not all of these benefits have yet been backed by the scientific community.

This article takes a look at the Top 10 evidence-based advantages of going for a yoga-inspired life.

Yoga is one of the best sources for those leading a stressful life. It can promote almost instantaneous relaxation.

Multiple studies have shown that it can decrease the secretion of cortisol, the primary stress hormone.

Several studies conducted throughout the years with numerous people across the globe, showed vast improvements in quality of life and mental health.

When used alone or along with other methods of alleviating stress, such as meditation and yoga can be a powerful way to keep stress in check.

Many people begin practicing yoga as a way to cope with feelings of anxiety. Interestingly enough, it’s been shown that yoga is one of the most positive effects in helping to reduce anxiety.

In recent studies, a group was diagnosed with anxiety disorders, later found the enormous benefits can have in incorporating yoga into just their twice weekly schedules for two months.

Further numerous studies found it aided those with post-traumatic stress disorder (PTSD), which is characterized by severe anxiety and fear following exposure to a traumatic event.

Although it’s unclear exactly how yoga is able to reduce symptoms of anxiety. Perhaps it’s down to several factors. However, it clearly emphasizes the importance of being present in the moment and finding a sense of peace, not to mention you’re feeling the grounding effects which could help with your anxiety.

Despite the many mental health advantages, some reports suggest that practicing yoga may reduce inflammation in the body as well.

Inflammation is a normal immune response, but a build up of it is known as chronic inflammation; which can contribute to the development of known diseases such as diabetes, heart disease and unfortunately even some cancers.

Although more research is needed to confirm the beneficial effects of yoga on inflammation, findings indicate that it may help protect against certain diseases caused by chronic inflammation.

The health of your heart is an essential component of overall health, not least for supplying tissues with important nutrients and being able to consistently pump blood throughout the body.

One study seemed to find that people over the age of 40 years who consistently partaken in yoga sessions for 4 years or more, had lower blood pressure and healthy pulse rate compared with those who didn’t.

As high blood pressure is one of the major causes of heart problems, such as heart attacks and stroke, focusing your attention on lowering your blood pressure can help reduce the risk of these problems occurring. Heart disease is known to be helped by Yoga too.

Exactly how much of a role Yoga can have on your life, compared with how important other factors such as Diet is still unclear. Yet it’s clear it immediately minimizes life’s stresses, one of the major contributors to heart disease.

Many studies conducted on the older generation showed them taking up six months of yoga. They reported significant increases in their quality of life, as well as their moods and fatigue levels.

Cancer patients have also noted improvements in their symptoms of stress.

One study followed women with breast cancer undergoing chemotherapy. With Yoga, they showed a noticeable decrease in their symptoms of their round of chemotherapy treatments. Less nausea was reported, as well as pain, vomiting and fatigue whilst also improving overall quality of life. They showed signs of improvements in levels of relaxation, acceptance and invigoration.

Many more studies showed sleep quality was enhanced. Some noted higher senses of spiritual well-being, better social functions and a real reduction in symptoms of anxiety and depression in patients with cancer.

Some studies show that Yoga could even have an anti-depressant effect and could help decrease symptoms of associated depression.

The reason may be, because yoga is able to decrease levels of cortisol in the body, a stress hormone that influences levels of serotonin, the neurotransmitter often associated with depression.

Based on these numerous results, Yoga can influence depression, either alone or in combination with traditional methods of treatment.

A persistent problem that affects millions of people, Chronic pain has a range of possible causes, from arthritis to injuries.

There are several studies demonstrating the practice of regular yoga could help reduce many types of chronic pain.

In one key study, individuals with carpal tunnel syndrome either received a wrist splint or did yoga for eight weeks.

At the end of the study, yoga was found to be more effective in reducing pain and improving grip strength than wrist splinting.

In another study, it showed that yoga could help decrease pain and improve physical function in participants with osteoarthritis of the knees.

Again, with further research needed, incorporating yoga into your daily routine may be beneficial for those who suffer from chronic pain.

Poor sleep quality has been associated with obesity, high blood pressure and depression. Why not incorporate yoga into your routine? It could truly help you to sleep better.

A study conducted in this decade showed a set-group of elderly patients practice yoga or simply take a herbal preparation.

The yoga group fell asleep faster, slept longer and felt more well-rested in the morning than the herbal preparation group.

Another study looked at the effects of yoga on sleep in patients with lymphoma. They found that it decreased sleep disturbances, improved sleep quality and duration and reduced the need for sleep medications overall.

Though the way it works is not clear, yoga has been shown to increase the secretion of melatonin, a crucial hormone that regulates sleep and wakefulness.

Yoga also has a significant effect on depression, anxiety, stress and chronic pain. All common contributors to sleeping issues.

Many choose to incorporate yoga into their fitness regimes to improve balance, flexibility and strength.

There is considerable research that backs this benefit, demonstrating that it can optimize performance through the use of specific poses that target strength, flexibility and balance.

A recent study looked at the impact of 3 months of sustained yoga on 30 male athletes. Doing yoga significantly increased a number of flexibility and balance metrics.

Another study assigned 80 older people to either practice yoga or calisthenics, a type of body weight exercise. After just 1 year into it, the total flexibility of the yoga group increased by nearly 6 times that of the calisthenics group.

Many other studies, keep finding that practicing yoga could help improve balance and mobility in older adults too.

Practicing just 15–30 minutes of yoga each day could make such a big difference for those looking to enhance performance by increasing flexibility and balance.

Yoga-specific breathing, also known as Pranayama, a Sanskrit practice in yoga that focuses on controlling the breath through breathing exercises and specific techniques.

Many types of yoga consist of these breathing exercises, along with several studies finding that the practice of this type of yoga could help improve overall breathing.

In this study, 200+ University students took a 12 week class where they were taught various yogic poses and breathing routines. At the end of the study, they had a significant increase in vital capacity and well-being.

Vital capacity being a measure of the maximum amount of air that can be expelled from the lungs. It is especially important for those with lung disease, heart problems and asthma.

In this final study conducted, they noted that the practice of yogic breathing improved symptoms and lung function in patients with even the mild forms of asthma. Improving breathing can help build endurance, optimize sleeping and help your performance in the gym. Not to mention  maintain your lung and heart health for the long run. Good luck with your Yoga Journey!

Find a Gym or Trainer in 30 Seconds!

Quickly get the best Gyms, personal trainers near you for free in less than 30 seconds!

Listen to our Podcast 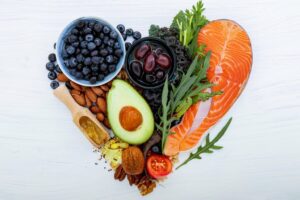 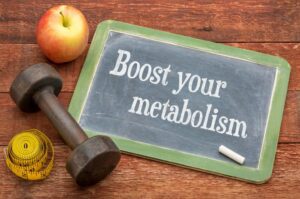 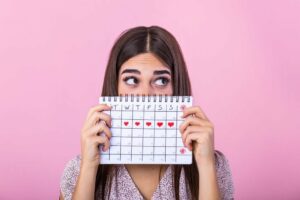 Luteal Phase Diet – How to Fuel Smart During Your Cycle

Need support? Get in touch

Search for Gyms Near You

We’re an award winning marketplace because we help people like you save time searching endlessly online and more time working out. Find top rated gyms, trainers and fitness classes nearby!

Enter your details to populate the marketplace – it’s free!